At the CSL.org.au course last night a young woman from Westpac held a talk about “shared values”, and Corporate Australia. In her talk, social and environmental considerations were ‘external factors’, which could be put into the equation because that would lead to higher economic returns.

At question time I tried to explain my take on ecological economics, sustainability and triple bottom lines, whereby the economy sits as a subsection within the greater context of the natural world, the environment and the social component. 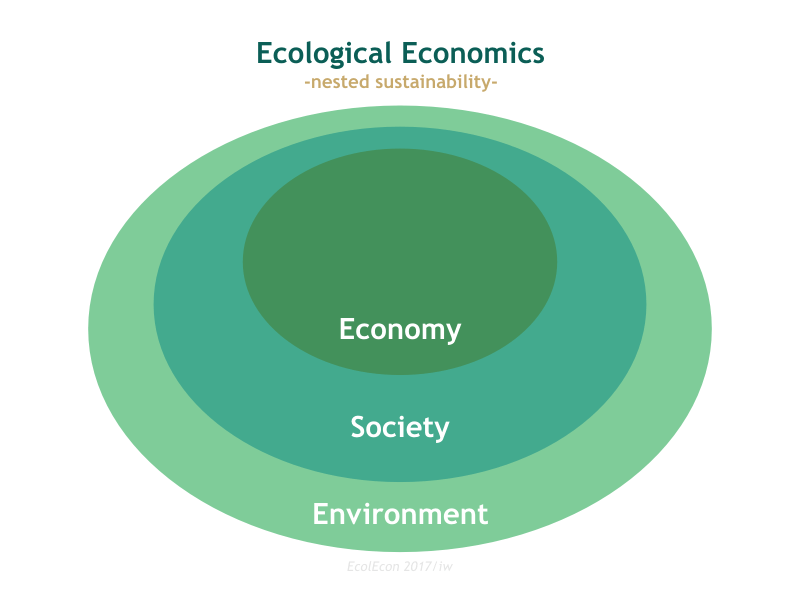 She did not follow my train of thought. She continued describing how Westpac will replace ‘a shitload of jobs’ (her words) with automation, but that Westpac would be all CSR and train 400 people up for other jobs. I mentioned the EU is considering a robot tax.

She then tilted her head and shot off a preconceived comment (seemingly a trained reflex-reply when the word ‘tax’ appears), questioning how that would “stifle innovation”. I did not reply, but the answer would have been:

If innovation only means to produce stuff cheaper, so to gain higher profit margins, then hell yeah let’s stifle that.